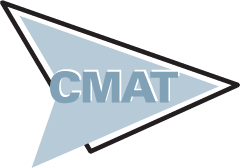 The first phase of a two-phase research project was conducted to develop guidelines for Iowa transportation officials on the use of thin maintenance surfaces (TMS) for asphaltic concrete and bituminous roads. Thin maintenance surfaces are seal coats (chip seals), slurry seals, and micro-surfacing. Interim guidelines were developed to provide guidance on which roads are good candidates for TMS, when TMS should be placed, and what type of thin maintenance surface should be selected. The guidelines were developed specifically for Iowa aggregates, weather, traffic conditions, road user expectations, and transportation official expectations.

The project commenced with a literature review and a survey to determine current practice in the use of TMS in Iowa. Then three sets of test sections were constructed, two in 1997 near Cedar Rapids, Iowa, and one in 1998 near Ankeny, Iowa. The 1997 test sections included seal coat, double seal coat, seal coat with fog seal, cape seal, slurry seal, micro-surfacing, and thin lift overlay. Limestone aggregate and CRS-2P binder were used for the seal coat. These test sections were only partially successful because they were placed late in the construction season by a construction crew that had limited experience in seal coat application. The 1998 test sections included seal coat, double seal coat, micro-surfacing, micro-surfacing with seal coat interlayer, and ultra-thin lift overlays. Both quartzite and local limestone and both CRS-2P and HFRS-2P (high float) binder were used in the chip seals. A design method was used for the chip seals that reduces material requirements by 25 to 33 percent compared to current practice.

Although the test sections appear to be successful at the time of the report, performance information was not yet available for the 1998 test sections. In addition to interim guidelines, this report presents recommendations for phase-two research. It is recommended that test section monitoring continue and that further investigations be conducted regarding thin maintenance surface aggregate, additional test sections placed, and a design method adopted for seal coats.